In this closet remodel the client had a very large mirror they wanted the new closet to blend with. They also did not want to see the rows of clothing when they walked in the closet. Additionally there is a sitting area outside of the doorway which is used frequently and they wanted to have something nice to look at instead of the old painted builder grade shelving. The clothing stanchions are 22″ deep except for the shoe shelves. All the shelves are adjustable shich turned out to be beneficial since his shirts are about as long as her dresses. Something they did not realize with the old closet. 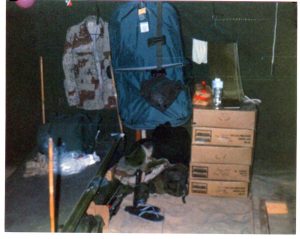 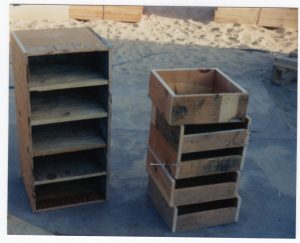 This project is a built in desk with a bank of cabinet drawers on each end. It was designed to have no obstacles for free chair movement. The client’s children are going to be using this for homework and other activities. It’s on the second floor between the game room and media room, however Dad’s office is off of this area where he can keep an eye on activities.
Since children are going to be using this desk there was a safety concern regarding the free floating aspect of the desk and it being used to sit on, stand on and whatever else a child as they grow into their teenage years can think of. To address this steel brackets where used to provide approximately 2000 lbs of load capacity for each side of the free floating desk area.
The cabinet drawers are made of 3/4″ plywood and poplar. The drawers are 1/2″ plywood sides with fully rabbeted in bottoms and full extension 100 lb ball bearing drawer slides. The desk top is a plastic laminate which is economical and provides very good durabilty
Read More
0

After a water damage repair it was pointed out the space under the water heater closet is empty and can be converted to usable storage. The two center dividers between the drawers retain the structural requirements to hold a 75 gallon water heater and provide the attachment points for the drawer slides. This arragement provided new storage space without losing any floor space 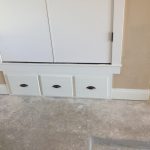 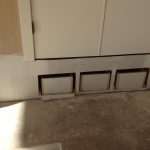 These floating shelves where installed in a home as part of the upgrades for a new home prior to sale. Each shelf is 60″L x 12″W x 3″H made of beech and finished to match the house’s decor 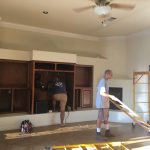 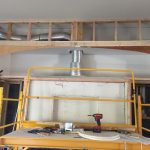 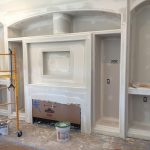 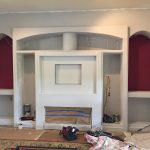 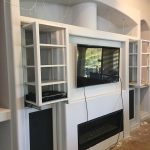 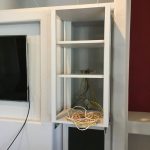 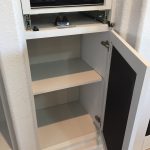 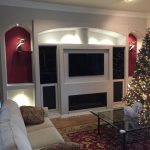 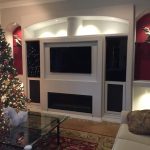 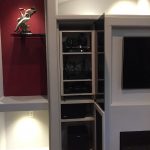 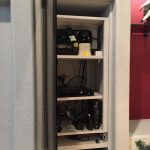 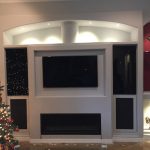 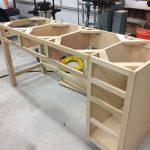 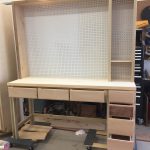 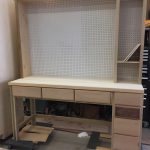 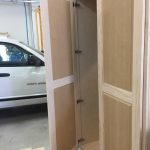 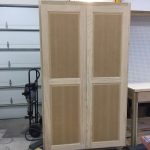 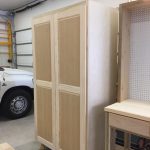 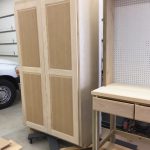 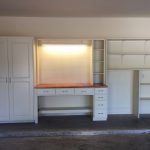 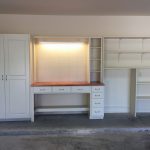 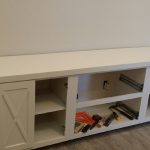 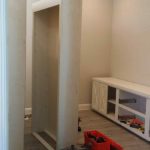 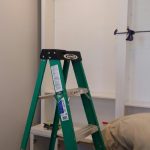 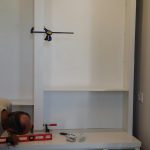 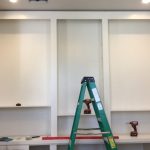